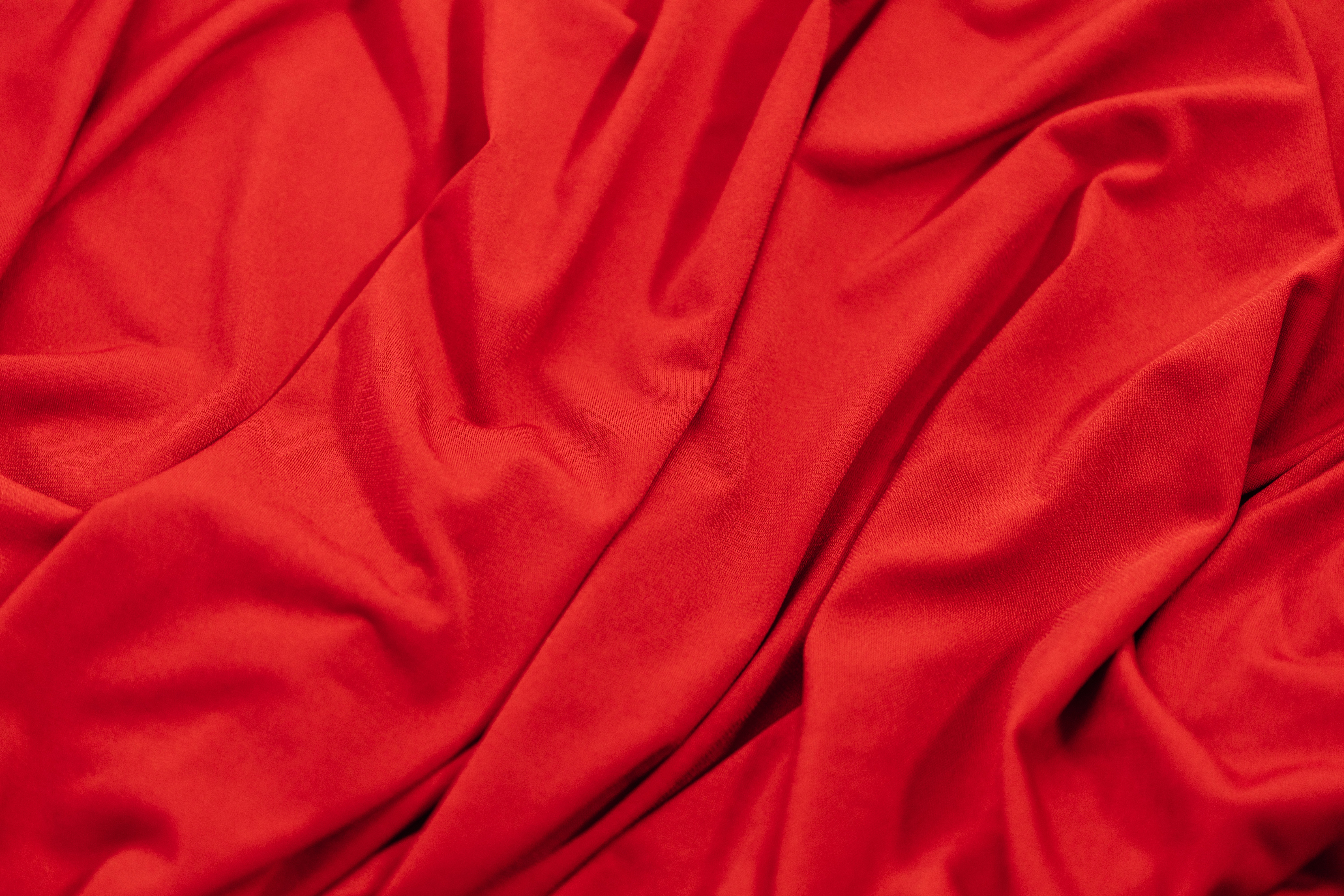 After a quick shower and a change of sheets, Taylor lay in bed, thinking about his nightmare. What did it mean? Why was it causing night-time accidents? His costume kept running through his mind. If he was starting to enjoy it in his dreams, what is holding him back from enjoying it in real life? That little red dress, it seemed, was now calling to him. Crawling out of bed and shuffling out to the main room, he turned the lamp on next to his couch, grabbed the box, and turned on some calming music.

At times, hearing the dress speak to him, Taylor dug through the jumble to find it. Not holding back his excitement, he held the dress to the light, admiring its playful silhouette. The lace trimmings around the apron hung down the front of the skirt, giving it a childish appearance.

After wrestling with himself for a while, he worked up the motivation to get off the couch. Taylor headed toward his bedroom. The music faded further into the background with every step. As if it were a delicate prize, he carried the dress with both hands, unable to take his eyes off it. Poised before the full-length mirror on the back of the bedroom door, Taylor slowly took off his pajama shirt. He got a preliminary gauge on his appearance in the dress as he lifted it by the shoulders until it came to rest under his neck.

After a brief moment, Taylor spun the dress around. The stiff zipper seemed to holler as he opened the back of the dress. Now trembling significantly with anticipation, one leg went down through the skirt, followed closely by the other. Taking a deep, calming breath, he shimmied the elastic-formed bodice high enough to slip his arms through the sleeves. Taylor thought it was quite a sight once the dress came to rest firmly upon his shoulders. There was something familiar about it.

After dinner one breezy night, Taylor excused himself from the dinner table. As he lay on the bottom bunk, coloring in a new coloring book, the wind blew intermittently through the open window causing occasional movements from within the closet. Ready for an adventure, Taylor set his book down and peeked into the closet. Expecting to find goblins or monsters, Taylor was disappointed to find that it was just one of Shellie's dresses blowing in the breeze. He had briefly forgotten that he was temporarilly sharing his room with her. Having pushed aside all memories of the Halloween of years past, curiosity struck the seven-year-old Taylor. He wondered if he could fit in any of these clothes. Being close in age, his sister was not much smaller than him.

He pulled down a dress Shellie frequently wore. It was a pink and white plaid, sleeveless dress with a sash to wrap around and tie at the waist. Without much room to move around in the dark closet, he awkwardly pulled his shirt and pants off, revealing his Buzz Lightyear briefs. Only getting the dress stuck around his shoulders for a brief time, Taylor soon had it perfectly around his chest. Incorrectly wrapping the sash around his front, he tied a sloppy bowtie. Anxious to get out of the stuffy closet, he stepped within view of the dinner table before realizing that he had left the bedroom door open.

He tried, with little success, to get the dress zipped up from behind. After several maneuvers, he grabbed the back of the skirt with his left hand, pulling it upward enough to relieve pressure from the zipper. The other hand pulled the zipper halfway up his back. Then, reaching over his shoulder, he pulled the zipper to its final resting position.

Although the cheap material was somewhat itchy, the dress felt natural. Unlike the loose-fitting t-shirts, the bodice was snug yet comfortable. The skirt hem floated perfectly at the ankle. Mimicking the memories of Shellie in her new dresses, Taylor twirled a time or two, admiring the swirling movements of the skirt.

His dress looked incomplete on its own. Even though the apartment was void of fellow humans, he cautiously snuck into the main room and grabbed the remaining costume pieces. Before he knew it, he was back in front of his mirror. Off went his pajama pants. On went his lacey socks, which soon were obscured entirely by a pair of black sneakers. Next came the wig, positioned carelessly over unkempt hair. The outfit was completed by a loosely-tied cape around his neck. It became apparent that he still had plenty of pesky facial hair build-up throughout the week. Shaving would be essential for the party.

Knowing that the party was coming up in exactly a week, Taylor soon slipped into a relaxed state. Though not perfect, his costume fit and looked reasonably good on him. The cap-sleeved shoulders were too narrow, making it more like a sleeveless dress. Separating the bodice from the skirt, a piece of elastic hugged a bit too tight along his waistline. There was a risk that his shoes would arrive last-minute, too late, or too small. Lastly, there was the itch that was hard to overlook. None of these issues diminished Taylor’s satisfaction with the overall costume. It would do nicely for the Halloween party, even if he had to wear his old shoes.

Not wanting to leave his zone yet, Taylor returned to his spot on the sofa. The skirt looked like a big blanket, draped over his lap, flowing down his legs. With the early rays of dawn sneaking through his window, he wisely got a headstart on his chores.

As he and his dad did a lot of the cooking at home, Taylor felt that kitchen chores were not inherently feminine. However, he felt naturally feminine as he wore his dress in the kitchen. He swept and mopped the floor and loaded the straggling dishes into the dishwasher. Once the kitchen and front room were straightened, the appointed laundry and grocery shopping time was approaching. Still not ready to leave this alternate reality, he forced himself to remove his costume, shower, and get dressed for the day ahead.