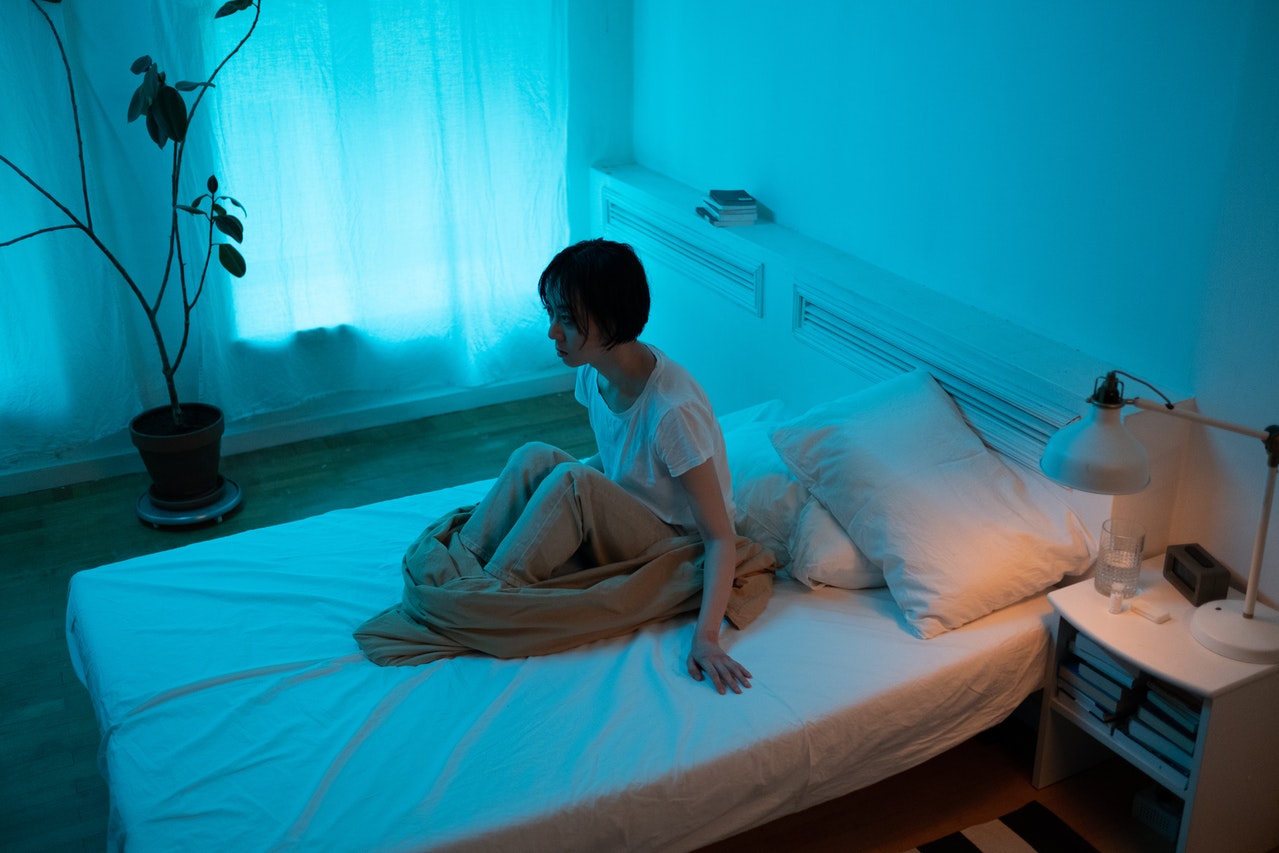 With each rendition of his Halloween party nightmare, his mother sent him in a different post-costume outfit, each one curated from his sister's wardrobe. The taunting from his peers worsened, and the more ridicule he received from his teacher. One particular outfit that burned into his memory was Shellie's maroon and black cheerleading dress, featuring purple socks and pink light-up tennis shoes. Taylor had long, curly hair with a flower barret. Mom had even taken the time to paint his fingernails fiery red.

Taylor woke abruptly as each rendition of his flashback played mercilessly through his dreams. After each awakening, Taylor had to force himself back to sleep, despite sweat encompassing his whole body. After his final episode, Taylor gradually became more aware of the dampness of his pajama pants, followed by the puddle on his bed immediately beneath him. The excessive moisture beneath him led Taylor to a startling conclusion: the lake he was lying in was not from sweating.

Taylor worked a part-time job as a computer technician. He preferred being in the back room, taking computers apart and wiping viruses from the machines to avoid interacting with customers. Unfortunately, however, while his boss was gone, Taylor was responsible for answering when customers came to visit. Despite this, there were particular customers that he enjoyed visiting when they needed help. One of these was Erin Miller. She was the new girl in town and had recently found a receptionist job with the local printing shop. Erin would often deliver a misbehaving office computer or two. His interactions with Erin were surprisingly casual. Taylor was no stranger to casual interacting with young women. A small group of young ladies befriended him in middle school, drug him out of his hermit shell, and carried him through high school. Erin easily would have fit in that group of friends.

Today, however, was an exception. Taylor dreaded the thought of Erin visiting today. He was not in a good state of mind. If she noticed something was amiss, she was sure to probe. His somber mood was not a can of worms he wanted to open with her. Twenty minutes before closing, the main door broke his already intermittent concentration. To his dismay, his suspicions were confirmed. Erin was coming up the stairs. He only had a brief moment to compose himself.

Taylor noticed an abnormally bright smile on her face when she saw him. Taylor hadn't even noticed, at first, that Erin wasn't carrying a computer. Instead, she was carrying a small package. Clearly, she had something important to share with him, but he could not bring himself to her level of optimism. Despite Taylor's meager attempt at converting his feelings with a forced smile, Erin stopped dead in her tracks.

“Is everything ok?” she asked. “Yeah, I suppose so; I didn’t sleep well last night, and it’s been a long day. I’m ready to go home.” Even such a short response consumed all his energy. “I’m sorry; I don’t want to bother you, but I do have some good news.” She replied more calmly. “I have been accepted to the college you attend. I know you had your heart set to stay here on the remote campus, but I was wondering if you would reconsider so we could ...” She had lost him entirely. Taylor could only muster: “That’s really great. I’ll think about it.” With that, she understood he was not in the mood to chat. "Well, I guess I’d better get going so I can close up the office. It’s always nice to see you. Let me know if I can help with anything". Erin placed a copy of her acceptance letter on the counter and slowly walked back down the stairs.